CEO's can only do so much

In early October, NRG Energy capitulated to investor craving for short term gain.  NRG has successfully been leading the charge amongst traditional fossil fuel companies in implementing green energy portfolios'.  They have lead by example.  As CEO David Crane said to New York Times columnist Joe Nocera almost a year ago “It’s like Wayne Gretzky said,” he told me before hanging up the phone. “We are skating where the puck is going, rather than where it is now.”" Which is in fact the last time NRG was written about in the Times.
Investors being dissatisfied with NRGs stock price has put pressure on the company to divest its focus on the alternative energy and go back to what works now.  Coal powered plants.
In a time when polls and meta-analysis of news and opinion show that the majority of Americans are concerned about climate change, if not for the impact on our lives then definitely for our children's.  With the exception of some of the most conservative of republicans.  I doubt the latter constitute the majority of investors in NRG stock.  Which begs the question, why are we punishing a company for working so hard for the health of our future(thats us and the planet), even with promise of sustainable long term profit?  Based on the business trajectory of NRGs wind, solar and home solar business's it seems like a sure bet for a long term investment, as sure as any other business, including fossil fuels.
Alternative energy works now, just like Fords first assembly line car did when it drove out of the factory.
We need start putting our money where our principles are.  We need to start investing in our future not just talking about it.  Companies like NRG should be rewarded, not punished for working for our well being.
Let's pay attention to where the puck is going, and head in that direction!!!!
at 9:19 AM No comments: Links to this post

It pays to care!

"The most conscious companies give more, and they get more in return. The inescapable conclusion: it pays to care, widely and deeply"

https://hbr.org/2013/04/companies-that-practice-conscious-capitalism-perform.html
at 12:49 PM No comments: Links to this post

It's not difficult, gentlemen, making the consumer enjoy their products 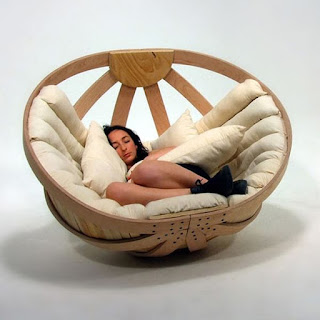 "Investing in product, investing in comfortable seats - it's not difficult, gentlemen, making the consumer enjoy their products."

Said by Emirates Airlines President Tim Clark to the major american airlines in response to their pressure on government to stifle Persian Gulf airlines.

This comment exemplifies the link between opportunity and compassion.  "Make the consumer enjoy their products".  "Comfortable seats"!!

What do companies do with all their profit?

They recognize the profit only 4 times a year...when they release earnings.  The rest of the time out of  fear of not being able to meet those profit expectations, they say to themselves money is tight, and investments like employee benefits, and upgrading the subtleties of their consumers experience, don't seem necessary.

And in this case, they find ways to stifle their competition...a shortcut...an unsustainable strategy.

Common gentlepeople - its not difficult! Just use the golden rule, when you goto sit in the proverbial seat wouldn't you be much happier if it was comfortable.

Built it and they will come!

Lets widen our net of Empathy

"It is not tolerable, it is not possible, that from so much death, so much sacrifice and ruin, so much heroism, a greater and better humanity shall not emerge." - Charles de Gaulle

I start with that quote because it's the first time since Friday that I've heard something that has made sense to me. I am left confused and with a lot of questions.

These are the attacks I could find in the last month and half where more then 15 civilians died – I left out the 100s that were injured.  It includes an attack the same day as Paris.

What's been niggling my mind is why Paris has taken center stage. Why haven’t we shown as much empathy, concern and solidarity with all the other civilians as they went about their daily life?

As I set up for a yoga class on Sunday, I heard someone behind me tell someone he had two friends killed at the concert. So is it that there are less degrees of separation between us and people in Paris?  Or is it that Paris is systematically closer to us? Or geographically closer (but not much)?

Or is it that Parisians represent a similar ratio of race, religion and culture to us? Is our empathy racist?

Or maybe our empathy just has limitations. Maybe we only have a certain amount of empathy and save if for certain circumstances?

Granted that ubiquitous coverage of the Paris attacks leaves us little option but to pay attention, but I do think the scale of coverage represents something we ask for, not a pro-active decision by the media.

Perhaps our net of empathy is growing and in time it will find its way to the further corners and cultures of this planet. I mean not long ago, it would have taken days for the Paris news to get to us, and without the detail we might have cared less. There was also a time not long ago when this would have been a blip on the radar of death by humans. In fact in some of those far away places, violence is still taken for granted.  Do we take it for granted in those places just like the people who live there?

Im with De Gaulle! And I'll add, over half a century later that better humanity has emerged. As our net of empathy grows, the violence will continue to subside.

And then one day as Carlos Santana sings “One day there will be no borders, no boundaries, no flags and no countries and the only passport will be the heart.”

This morning NPR had a piece centered around carbon offsets – http://www.npr.org/2015/11/12/455717415/npr-amazon-reporting-team-tries-to-offset-its-carbon-footprint– with the rhetorical question – Isn’t paying $50 to plant 18 trees to offset the carbon footprint of the flight you just took, like putting a bandaid on a bullet wound.
I listened as I drove north on the 101 toward Santa Barbara, with a clear view of 7-10 offshore oil rigs. My thoughts drifted to distaste as I thought of all the animals that are effected by the leakage, and then to the bigger picture of the eventual burning into the atmosphere of all that oil. Who do these people think they are? Don’t they know about climate change? Don’t they have compassion? Don’t they care about our future?
I always seem to have those same thoughts about the rigs while Im driving. I don’t know what I would do if I couldn’t drive places each day. I take it for granted, I depend on it, its convenient, its kind of great. This is why those rigs are in the channel. I can’t imagine the conversation about climate change changing, until I/we are willing to “Be the change”
We are not going to stop driving cars anytime soon, probably not until, cars have been replaced by something that hovers and is fueled by a flux capacitor.  But until that time we can at least be more attentive to SOURCE! Who makes the car?  Who drills for our fuel?  Do these companies have our best interests in mind, are they the ones trying to invent the flux capacitor?  Are they willing to forgo some revenue for the mission improving our well being and considering our future.
This morning I filled up at Sunoco, rather the Exxon across the road. It seemed like the lesser of two evils.  I need a new car, and not surprisingly there are some great deals on VW.  Im going to consider a Ford or a Toyota hybrid.
Its this constant attention to source that will change the climate change conversation into climate change action.
The power lies in the aggregation of regular marginal conscious decisions by billions of people!!!

Said by an Intuit hunter in response to being thanked for giving meat to a friend.
"Rather than seeing himself as human because he could make economic calculations, the hunter insisted that being truly hu­man meant refusing to make such calculations, refusing to measure or remember who had given what to whom..."
I am reminded of a blog post by a friend which talks about the different levels of giving.  Imagine ordering a coffee at your favorite coffee shop.  And when the barista turns away and no-one is looking you stuff $10 in the tip jar and walk away.  Thats the ultimate giving, anonymous, and you don't need to tell your friends how big of a tip you left.  At the other end of the spectrum is giving out of obligation like taxes and doing the dishes as Ronen writes.
How do we do business?  How do we conduct our personal relationships? How do we earn our money?  How do we give?
If it feels like a string of IOU's, think for a minute about all these questions from the perspective of an Inuit hunter or a level 4 giver....might we feel more human? might we be more prosperous?
Does the feeling of IOU or UOM hold us back from a more fluid business mission and life experience?
at 11:31 AM No comments: Links to this post