Take just as much as we need, and no more. I think that natural selection allows for some to have more than others, but those with more should not take more than they need. And only they know how much that might be.

Ten years ago, I was driving around a very nice four year old Nissan Pathfinder and really wanted a Land Rover. The big one. I was making enough money by then so I decided to go for a  test drive. I loved it. Such a machine. I decided to sleep on it and driving home, it struck me. What struck me was the question "Why do I need it". This question and also a disturbing self-reflection started a delightful falling of dominoes...starting with the job that would have afforded me the new car. I still notice though that there is plenty of opportunity to regulate my consumption. That extra latte or random shiny object in the store window, they all add up.

The markets and investing appear to work within these rules. Just think about all the people and companies that get greedy. We end up hearing about them on the news. And moreover, in this age of social and environmental awareness we are seeing that it is more profitable to not take more then we need. Put so eloquently in economic terms by Raj Sisodia -

"We have been working to understand how conscious businesses are able to operate with superior financial results while creating many forms of wealth and wellbeing for all of their stakeholders, including society. It boils down to something quite simple: these companies knowingly operate with lower gross margins than they could achieve, but are still able to achieve higher net margins than their traditional competitors."

Enantiodromia, a principle introduced by Carl Jung says that the superabundance of any force inevitably produces its opposite. Again we have seen this over and over with corporations, Enron being the poster child. Hedge funds are also known for going through months and sometimes years of massive profit taking, but are most always offset by equivalent or more in losses. Humans are as subject to the laws of nature in our inter-human capitalist activity as we might be if we are living in the wilderness. Climate change is a recent indication of just this. Our lesson how we handle each transaction. It’s ok to take, but we must not take more then we need so that we don't upset the equilibrium.

Warren Buffet is an extremely wealthy individuals who has worked the capitalist system as well as anyone. Buffet has a reputation for the same old house, the same old car. He certainly does not take more then he needs even though he is in a better place than anyone on the planet to do so. His money is the reward for self actualization. Yes, he's probably a rare exception. He exhibits that self-regulation that is so necessary for the sustainability of our existence.There are many other super rich who might be buying more planes than they need, more houses and just more stuff. But that is also the case for each of us. Every day we have the opportunity to check our consumption.

We need the super rich and mega corporations just as we need the ocean, the elephant and baobab. We need the poor like we need algae and bees. The elephant doesn't knock down trees it doesn't need. 70% of the food that we eat depends on the bees. This natural selection depends on each of us taking just as much as we need and for some it’s more than others. We should not look outward and ask,  “he or she has that, why can’t I?”, we should look inward and ask, “what is it that I need?”

As business people if we want to build companies that are going to last 100 years, and enjoy sustainable profits we need to look no further than our bottom line. Offer products must be promote well-being. Take low margins, so our net is wider.. As CEO's and owners, take less and give more. Increase employees pay. Take a lesson from one of the original capitalists Henry Ford - if not for compassion then certainly for profit. Increase in pay reduces turnover and increases a sense of being part of the company's mission. Research is clear that our productivity is optimized when we feel like we are playing a role in the mission.

We each need to be rational and realistic. Some of us are meant to have private jets, some are meant to find their way to work in a rickety old bicycle. But does the jet really need a hot-tub filled with champagne. And after that bike ride home a hot nutritious meal shared with the rest of the family might a lot better then sitting down to a Gordon Ramsay white table clothed no jeans allowed dinner...alone.

Until we each take responsibility for the regulation of our own consumption. Until we each become conscious of our place in the world. We won't have a chance against some of the greatest fears of our day - climate change, war, poverty.

Patagonia takes just what they need. A sales person at a Patagonia store might go as far as to discourage you from buying one of their products if you might already have a solution in your wardrobe. More and and more of the biggest companies are there as well, if not heading in that direction.

Our personal ethics/values can be a helpful guide if it’s not clear whether we are taking too much. Ben Franklin tells the story about how he was offered money to publish something that compromised his ethics. Before he made the decision he went home, made himself a dinner of bread and water and then curled up on the floor with a heavy blanket for the night. In the morning he woke up to discover he could live in such a manner, he had no need "to prostitute his press for the purpose of corruption and abuse of this kind for the sake of gaining a more comfortable subsistence." 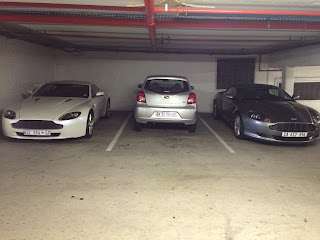 If we allow our values and ethics to guide us rather than our fears, research shows that we will enjoy a sustainable existence. And so will the everyone around us. Rather than help others out of obligation which I heard someone point out is the most selfish thing we can so, help others because we want to..
at 6:46 AM