The definition of a consumer according to Merriam-Webster is a person who buys goods and services. The same dictionary defines climate change as changes in the earth's weather pattern.  The big debate at the turn of this past century is whether the the former is the cause of the latter.  Most opinion and evidence points to a big fat YES.

The debate is gradually turning into a brainstorming session on how to solve the problem hoping that everything from technology to legislation will save our you know whats!

Observing this process from the wings is our consciousness. Merriam-Webster says that being conscious is being awake and able to understand what is happening around you.  In my opinion consciousness is the ability to be aware that one is aware.  As Prof.  V.S. Rakmachandran suggests, "With the arrival of humans, it has been said, the universe has suddenly become conscious of itself.  This, truly, is the greatest mystery of all." His perspective comes from his study of mirror neurons.  Another debate that may muddy the water for some would be if humans are the only beings that are conscious which I'm not sure I can take a side on but I'm confident that human consciousness is evolving faster then any others' on this earth that might exist.

Is the human cause of climate change simply a reflection of the nature of our consciousness before we can say its the result of our behavior?  Climate change might not matter in end, what may be more detrimental to our survival as a species is our dependence on stuff.  The first of our species needed stuff for survival, but the process of survival is moving from the physical to the cerebral, and we still need stuff for this new paradigm of survival because it protects us from the predators within.  Most stuff these days make up the forts thats protects us from anxiety. Anxiety that has its roots in feeling disconnected from our fellow humans, from parents, friends strangers...even enemies!

Climate Change is a symptom.  Rather then focus on aleving the symptom shouldn't we work on the root cause. Is this the reason that it has been so difficult for us to embrace legal action or costly technology that may slow climate change? Are we trying to put the cart before the horse? Or maybe this process is a necessary step in the evolution of our consciousness.  Either way it seems that we should each become aware of our consumption.  This awareness is the panacea!

Buying a new car is a great idea.  But trading it in 5 years later should be re-thought.  Encouraged in the halls of the clothing company Patagonia is for sales people to help customers do just this.  One story I heard was a friend walked into a Patagonia store looking for a waterproof down jacket.  A sales person would asked him if he owned a fleece and a waterproof shell.  The answer was yes so they suggested that is as good as a waterproof down jacket, discouraging him from buying more stuff.

In the event we perfect energy storage and recycling, the population expansion levels off and our cities head upward instead of outward, does this give us carte blanche to keep consuming? Will another symptom manifest? 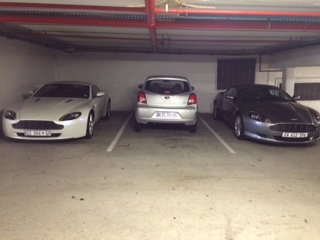 Merrion-Webster's advanced definition of a consumer is a "an organism requiring complex organic compounds for food which it obtains by preying on other organisms or by eating particles of organic matter."

Its in our nature to consume...to consume consciously!