Today after leaving Asheville, we climbed to cross the Eastern Continental Divide. The descent brought us into a the village of Chimney Rock which is nestled in the shadow of the mountain for which it is named. I had one of those "where am I" moments. Looking around I could have been in the Rockies again, or perhaps the Alps. My brain certainly couldn't assimilate what my eyes could see with North Carolina. But they will now. Beautiful.

Our route through the Smokey mountains has taken us up long winding climbs, down some ripping descents and along wide free flowing rivers. It's a cyclist paradise.

A few days ago, while sitting next to the bike in at a random gas station, probably looking a little worn, a guy with one arm approached me. He asked how far I had ridden. I said a hundred miles. He said "we have no idea what it feels like to ride a hundred miles, do we". Probably not I said assuming "we" referred to everyone who hasn't. I thought to myself that the challenge of riding a century pales in comparison to the challenge that he faces. Or that many of us face on a daily basis. Just dealing with the stress and anxiety of daily life is one of the biggest possible challenges. A friend's 13 year old daughter has diabetes. She says that life is no different for her except she has more responsibility. Shouldn't we all adopt that attitude as we face our daily lives? 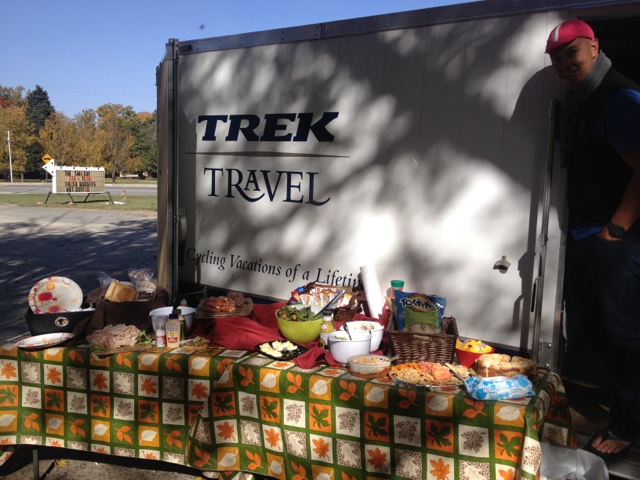