Getting your kicks on Route 66

Lunch today was in Peach Springs, a small town in the Hualapai Indian Reservation. As we ate a local resident wandered over and stuck up some casual conversation leading into a request for some water and then some spare change. The water was apparently needed because he had a bit of a hangover. He went on to say that he doesn't drink much but last night he had a 20oz'er before bed. I thought to myself, that a nice big beer like that may make me sleep well I doubt it would induce a hangover. That teaches me to assume, since it was 20oz of whiskey...

The roads in the reservation were resurfaced with the nice gritty tar and there wasnt a bar of cell phone service. Admittedly I probably don't understand the big picture, but at face value I had some third world déjà vu. Sort of a weird feeling in the middle of the U.S.

A couple of kids walking along the road further engaged my philosophical thinking. Society tends to look at underprivileged or traumatized children with eye of pity, or perhaps even the need to adopt or help, or just see the good in them. Those children grow up like we all do, with personalities moulded by survival and fear. When we encounter adults who annoy us, or who seem to be not nice, or who scare us...how do we perceive that person? Those people are the same people they were as children. Why do we stop seeing regarding them with pity, why do we stop looking for the good in them?

We are heading west along route 66 and based on the media coverage over the past few years I've been expecting so see droves of homeless people heading west in their 5 year old minivans. All I've seen are miles of freight trains with China written on the containers, 2012 minivans heading east, and people using iPhones. The only place that appears to be in a recession is Peach Springs, but I'm guessing that has looked that way for since Chester Arthur was president.

The desert is getting greener and bushes a little higher. Besides wild Burros, the only signs of wildlife as we speed by on these hot days is a wild boar, bobcat and owl...roadkill. Which happens to be the name of the restaurant we are dining at tonight. 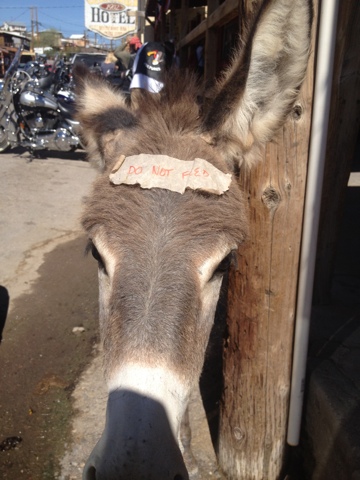 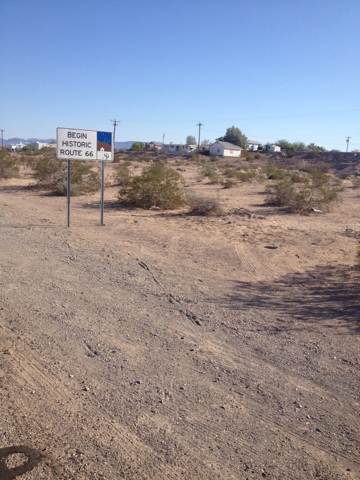